High power laser pointers can be used in a number of different real world applications beyond lighting matches, popping balloons, and star gazing. When it comes to bird control (geese, ducks, and others) high power green lasers have become an indispensable tool for not only home owners who want to keep their property clear, but also for aviation companies and airports. There are a few reasons for this which we’ll cover here. 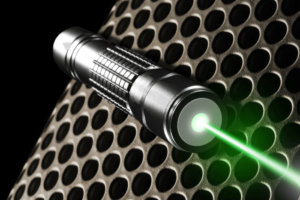 Birds that live in flocks with multiple other birds and their own families have defensive mechanisms as a collective. If you have ever noticed Canadian geese eating grass by a pond there is always at least one of them who does not have its head down to the food source but is in fact scanning the area at all times. They are the security network that will alert the entire flock if there is a need to suddenly flee. When they get spooked they will alert all of their flock to flee and they will all take off into the air. A high power green laser is a great way to get that alert and send them off into the air. Home owners, aviation companies and airports have employed these laser tools for this exact reason. For airports to keep the runways and surrounding airways as clear of avian as possible and for home owners to prevent their yards from being soiled.

To poison or shoot these harmless creatures is inhumane and just plain wrong. Using BB guns on some birds protecting their own and their young is wrong and even can be criminal as animal cruelty. Laser beams on the other hand are able to deter these birds without doing them any harm. When they are alerted because of the bright visibility of the beam and fly away as a collective, there has been no damage done to them beyond the inconvenience of having to move. They may be a little scared but they will be unharmed and will fly to live another day. This is one of the best reasons to use laser pointers for this sort of pest control. Not only is it incredibly effective but it is also non lethal.

What Laser Strength Is Suitable

So here there is a lot of variation that you should consider. Since often you will be trying to make the birds flee during the daytime hours, something that is visible in sunlight will be crucial. For low light, dawn, dusk, foggy or cloudy, laser beams will be more visible. So you want to make sure that you have a laser that will be visible at both day and low light situations. A minimum starting point would be 200mW of green laser light, however, the higher the power you go with the more suitable the beam will be during the daytime. Something like 500mW is more than 2X times brighter than a 200mW, but a 200mW will also get the job done (especially at dawn or dusk).

Finding non-lethal effective methods for goose and pest control around your home, office, or other work space is humane and works. For airports saving on the cost of poisoning or culling large populations of birds is great as a public service announcement and effective. For home owners, you have more control of the wildlife you permit on your property, saving you from unsightly animal waste and the hassle of walking on and cleaning it. 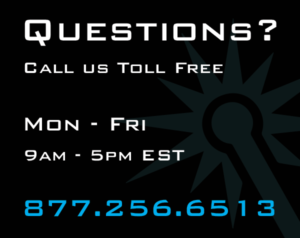