From Hollywood films to personal computers and the military, lasers and laser pointers are more prevalent in day-to-day modern life than ever before. They come in a wide range of shapes and sizes and some of the more common uses might actually surprise you. Here we’ll look at the 3 most common uses for today’s highest output power hand-held lasers. 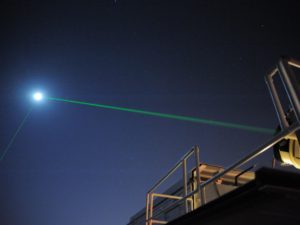 This may seem like a no-brainer to you but there is no better tool for star gazing than a bright laser in conjunction with a telescope. Observatories and astronomers across the world utilize this diode-pumped solid-state light to better point out specific constellations and points of interest in the incredible night sky. It’s also something that amateur astronomers can purchase and employ easily as the technology becomes more and more accessible. Green laser pointers are the best for nighttime star-gazing and should be considered an integral part of your astronomy tool kit.

Often when we think of search and rescue crews we picture helicopters and boats helping people in need through the harshest of conditions. Today, these teams employ high power laser pointers to guide their life-saving efforts in a number of ways. One way is by being able to target specific areas or individuals who need the greatest amount of care from the sky or sea. Also, if one should find themselves lost in the wilderness and a search and rescue operation is underway, powerful lasers can be seen at night for up to 20 miles in many cases, making the probability of being seen and rescued higher. Every life saving professional knows the value of a bright light that can cover large distances. 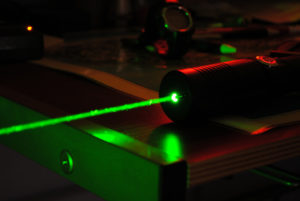 This may sound a bit like Stranger Things to you but in fact, one of the most common uses for high power laser pointers in today’s world is for fun experimentation with matches, balloons, electrical tape, and other materials. A burning laser can do an incredible array of different things when used with a seasoned hand. Some videos even portray balloons being popped that are lined up to a tune of over 30 balloons in a row. If you see videos like this you may start to understand why lasers are useful tools but are also incredibly fun gadgets as well.

Knowing where to buy high power laser pointers is the next trick in this hunt for everyday tech. With most of the websites being from China and having no sort of support or controls, it can be a daunting task to find one from a legitimate seller. So, do some research and see why Biglasers.com has been a leading source for laser pointers since 2005. Call today: 877-256-6513